THE PARABLES OF JESUS, #010
A chronological Study 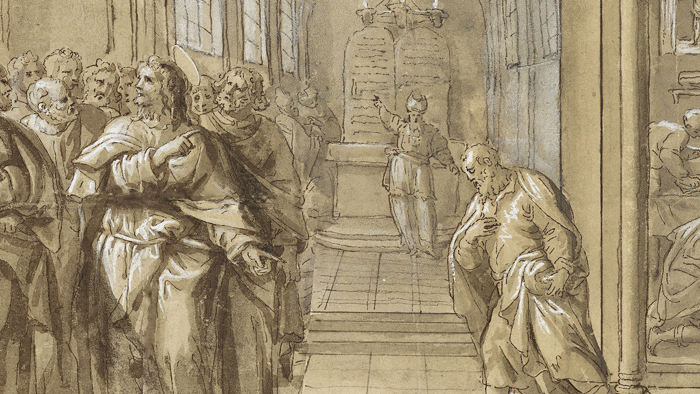 "Jesus, The Pharisee and the Tax Collector"

"To Him who opened His mouth in parables and
uttered things hidden since the creations of the world."
Psalm 78:2

“The parables are the direct words of Jesus! Now, open your ears, sharpen your understanding, and hear what He has to say!”

9And He also told this parable to some people who trusted in themselves that they were righteous and viewed others with contempt: 10 “Two men went up into the temple to pray, one a Pharisee and the other a tax collector. 11 The Pharisee stood and was praying this to himself: ‘God, I thank You that I am not like other people: swindlers, unjust, adulterers, or even like this tax collector. 12 I fast twice a week; I pay tithes of all that I get.’ 13 But the tax collector, standing some distance away, was even unwilling to lift up his eyes to heaven, but was beating his breast, saying, ‘God, be merciful to me, the sinner!’ 14 I tell you, this man went to his house justified rather than the other; for everyone who exalts himself will be humbled, but he who humbles himself will be exalted.”

First, we need to establish some definitions, just in case you're not familiar with our characters.

The Publican (tax collector): The Publican in our story was a Jewish man (not all publicans were Jewish) who worked for the Roman occupation government for the purpose of collecting taxes. Jews were often used as publicans in Judea for the Roman government found it easier (less troublesome) to use "locals" for the collection of taxes. In Judea they were hated for two basic reasons, first they were Jews working for Rome, and second, they were allowed to collect a larger tax than was required, as payment, and the publicans had the reputation for collecting much more than was required... to fill their pockets and become rich at the Jew's expense. It was senseless for a Jew to argue with a Roman official concerning the collection of taxes.

The Pharisee: "The Pharisees were mostly “blue collar” or middle-class businessmen and as such related more to the common man and therefore held in higher regard among most of Judaism. Men of this sect were obsessively obedient to the Law and the concern for ritual purity. Unfortunately, they were the minority in the Sanhedrin and held few positions as priests, but because of the love of the people they seemed to control the decision making of the Temple. The Pharisees believed that there were other written documents besides the first five [Mosaic] books of the bible that were inspired to be understood as God’s Word. There are many today who would argue that the Pharisaical spirit continues today in a person where the individual is more concerned with the letter of the law to the exclusion of the spirit of the law. Anyone like that could be described as a Pharisee.

Now, as we look at the text, it is again important to remind ourselves to not overlook the little things that the text says.

[Luke 18:9] "And He [Jesus] also told this parable to some people who trusted in themselves that they were righteous, and viewed others with contempt:"

Back in chapter 17 we found that Jesus was on His way to Jerusalem from Galilee and Samaria with His disciples. This lesson follows two lessons that He pointedly told them. First, He told them of His second coming and in that message, He said that the state of the world would be like it was in the last days of Noah... when God shut the door of the Ark "and the flood came and destroyed them all," and the last days of Lot… when "it rained fire and brimstone from heaven and destroyed them all."

His second lesson [Chapter 18:1-8] focused upon remembering to "pray and not lose heart," and that it may be hard to find men and women of faith upon His return. A clear reference to the state of the world.

His very next lesson is that of the Tax Collector and the Publican. What may we gather is the relationship of these three stories? Well, it's right here in the very first sentence. "And He [Jesus] also told this parable to some people who trusted in themselves that they were righteous, and viewed others with contempt:" Surely, we can see the similarity between the state of the world in Jesus' day, and the state of the world in our day. It is only the very grace of God that prevents closure on our age. There are still many whose names are written in the Book of Life. This story is a warning to all... we are to trust in Jesus for our righteousness, and to love our neighbors and not view them with contempt.

THE FIRST PART OF THE STORY:

Here we have two men. One who represents the ordained religious system found in the Law of God. A man who should be righteous, holy, loving and kind toward his neighbor. Listen how he speaks to God.

[Luke 18:11-12] "The Pharisee stood and was praying this to himself: ‘God, I thank You that I am not like other people: swindlers, unjust, adulterers, or even like this tax collector. 12 I fast twice a week; I pay tithes of all that I get.'"

While he may not be like all "other people," he has forgotten the very word of God, or perhaps he just never knew it:

[Jeremiah 17:9] “The heart is deceitful above all things, and desperately wicked [Heb: beyond cure]: who can know it?” [i]

The context of this verse concerns the tribe of Judah just before being taken into captivity by the Babylonians. So wicked that God is sending them away, and they won't be back for 440 years... to meet their messiah, whom they will murder on the Cross.

Our pharisee is standing in the Temple, before God, and in his prayer he is declaring his self-deceit and self-righteousness and proud of it. 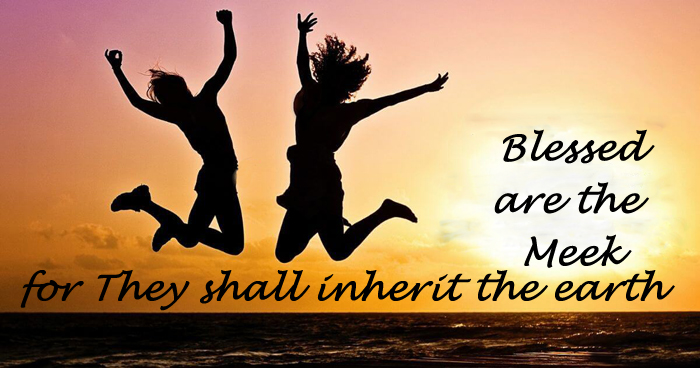 THE END OF OUR STORY

Chapter 18:9-14
The Pharisee and the Tax Collector

[LUKE 16:13] But the tax collector, standing some distance away, was even unwilling to lift up his eyes to heaven, but was beating his breast, saying, ‘God, be merciful to me, the sinner!’

The other is a man who represents a traitor, a turncoat. He is an employee of the hated and occupying foreign dictatorship – whose head was legally considered to be a god.

This verse begins with "But." One of the best common words found in so many of our scriptures. It draws our attention to a turning in a story, a change in direction, a notice to "pay attention... now!" And that's just what we should do.

"But the tax collector... standing some distance away," Do you see the picture? The pharisee standing up front, showing off his garments, his worshipful stance – arms raised, head raised, praying with loud praise of himself. And our publican tax collector, despised and hated by the general population because of his office, now standing "some distance" away. Probably a good deal of distance away from both the altar and from the pharisee.

The weight of his sin heavy upon his shoulders. He’s beating his chest in acknowledgment of his desperately wicked heart. He can’t lift his head before the Lord because of his shame and sorrow and said, “God, have mercy on me, a sinner.” The attitude that God wants from all those who desire Him, and the very words God is waiting to hear. It is the tax collector who leaves the temple that day justified and righteous.

The following quote is so good that I can't say it any better:

“The only hope for the sinful human heart is to be supernaturally changed. Jeremiah 31:33 gives the solution. Where sin was once inscribed on the hearts of His people, God provides a new inscription: “For this is the covenant that I will make with the house of Israel after those days, declares the Lord: I will put my law within them, and I will write it on their hearts. And I will be their God, and they shall be my people.”

Jesus came to inaugurate a New Covenant so that sins could be forgiven and sinners could be born again (John 3:5). As “desperately wicked” people, we cannot reform our hearts by our own effort. The only solution is for God to make our hearts new, washed clean from sin and fundamentally reoriented toward pleasing Him.”

Finally, it is now that we must remember the introduction to this parable. As Jesus began teaching this lesson, He had turned to those in the crowd of followers “who were confident of their own righteousness and looked down on everyone else.” Don’t let that description apply to you, for what Jesus desires is that you know that your heart is desperately wicked and that the only righteousness that will satisfy the just demands of almighty God – it the absolute forgiveness that is only available through the gift of God – His beloved Son.

1. When Jesus told this parable, to whom did He speak?

2. How would you describe the two characters in this parable?

3. What was the end result of the tax collector’s request of God for mercy?

5. Taking the parable as a whole, what does it mean for us some 21 centuries later?

1. When Jesus told this parable, to whom did He speak?

Jesus spoke “to some who were confident of their own righteousness and looked down on everyone else.”


2. How would you describe the two characters in this parable?

The first character would fit the description which Jesus gave to those he spoke to: They were confident of their own righteousness and looked down on everyone else.

The second character was a man who was confidently reliant upon the mercy of God to find his righteousness.

3. What was the end result of the tax collector’s request of God for mercy?

Jesus said that this man, rather than the Pharisee went home justified before God.

5. Taking the parable as a whole, what does it mean for us some 21 centuries later?